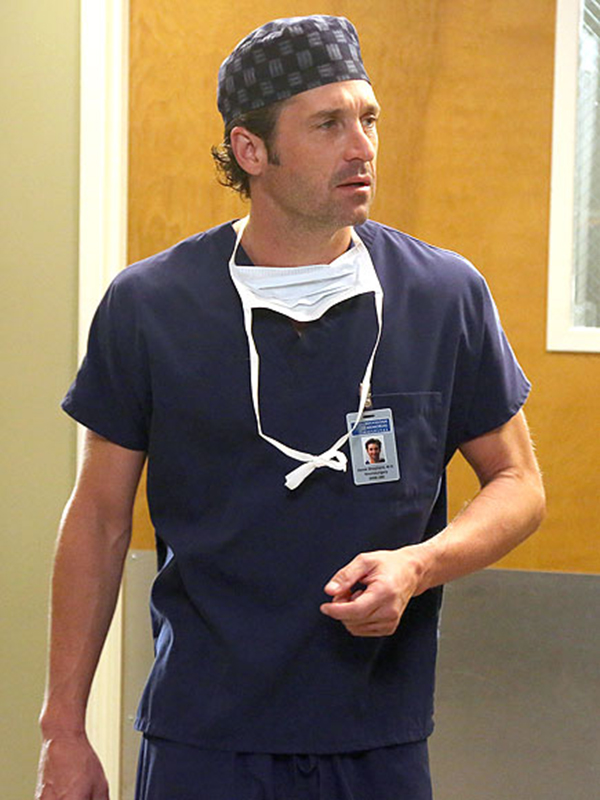 4/24/2015  Patrick Dempsey played an integral role in the success of Grey’s Anatomy, yet the only thing more stunning than his surprise death Thursday was the way he went out: with absolutely little to no fanfare or statements from fellow cast members.
Dempsey told Entertainment Weekly in an exclusive interview that his final day on the drama’s Los Angeles set was “very quiet. It was raining, which was really touching.” None of his costars came to the set to say goodbye before he walked alone to his car and drove home.

While he said that he’s leaving the show on good terms with his fellow actors, star Ellen Pompeo (Meredith Grey) and Grey’s other longtime stars like Justin Chambers (Alex Karev) were not available to comment to EW about Dempsey’s departure.

However, Chandra Wilson (Dr. Miranda Bailey) – who has been on Grey’s as long as Dempsey – released this exclusive statement to EW: “Fans of Grey’s have come to expect the unexpected from our show, so naturally, it will be shocking and very very sad initially. Patrick Dempsey will forever be known as Grey’s Anatomy‘s McDreamy. Derek Shepherd is a permanent part of television history, and the Meredith/Derek relationship is a major story point which our audiences have cared deeply about for years.”