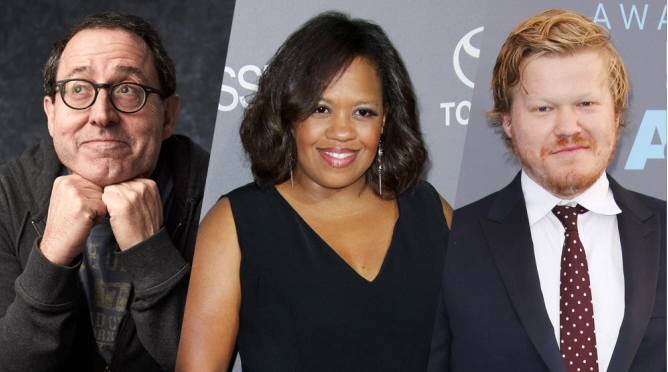 2/22/2016 The Austin Film Society has announced this year’s honorees of the Texas Film Hall of Fame, with Sony Pictures Classics co-founder Michael Barker, actress Chandra Wilson and actor Jesse Plemons set to be lauded on the eve of this year’s South by Southwest festival.

Barker, co-president and co-founder of SPC, will be inducted into the Texas Film Hall of Fame with the Austin Chronicle Champion of the Arts Award. Through previous work at United Artists and Orion Classics and now at SPC, Barker (raised in Dallas and a graduate of the University of Texas at Austin) has distributed and produced a long string of independent movies that have received 159 Academy Award nominations. His Texas Film Hall of Fame award will be presented by current Hall of Fame member Ethan Hawke.

Houston native Wilson, best known her role for the past 12 seasons as Dr. Miranda Bailey on “Grey’s Anatomy,” is also being inducted into the Texas Film Hal of Fame. The actor, director (“Grey’s Anatomy,” “Scandal”) and producer has been recognized with awards from the Screen Actors Guild, People’s Choice, Prism and NAACP Image and has received five Emmy award nominations.