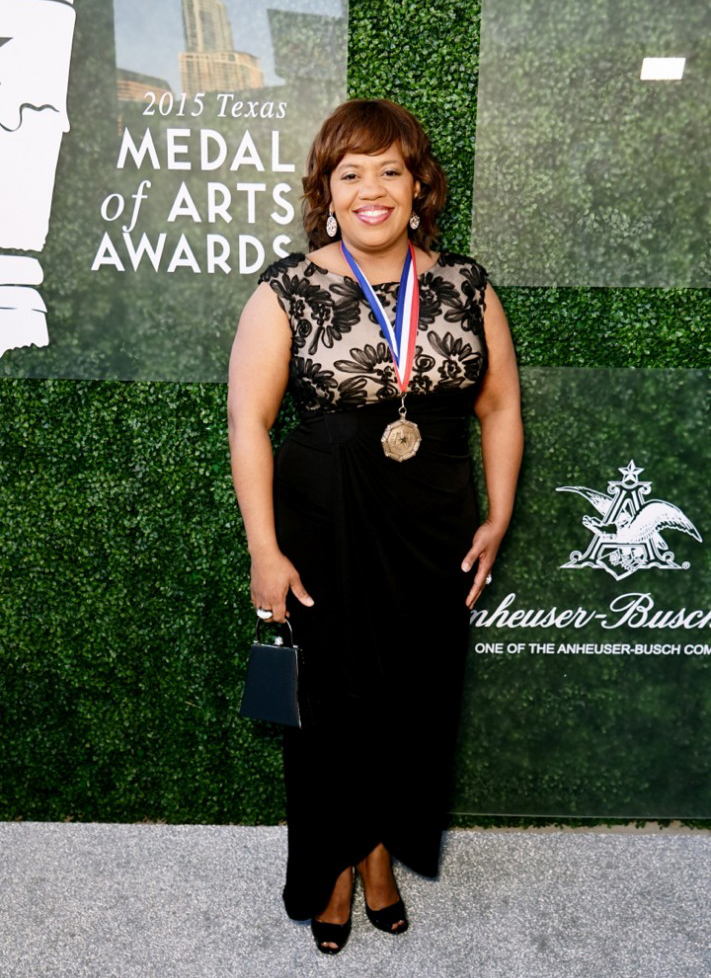 As the common phrase goes, everything is bigger in Texas. While this may be true for our open spaces and state pride, it also must include our unbelievable talent. Texas is an incubator for creative energy, from visual arts to arts patrons and everything in between. On Wednesday night a bright light was shown on a few talented artists with Texas roots at the 2015 Medal of Arts Awards presented by theTexas Cultural Trust.

The night was a humbling display of just how many influential people do in fact come from Texas. The awards show itself took the time to properly acknowledge how each honoree has personally affected the arts community around the world, as well as took time to honor and focus on the future of this great state’s budding creative future.

To properly recognize this year’s honorees, the Texas Cultural Trust assembled clips and interviews with each honoree to showcase their immense work in their chosen art field. After the film, the audience was fully aware of their contributions and became awestruck at all they had accomplished. Even though there were some artists or philanthropists you weren’t aware of, you quickly realized that their love of the arts had affected your life tremendously.

The audience was not only presented with a visual representation of their work, but were also privileged to hear each honoree take a few moments to reflect on their careers and those who made this night possible. No one person can make the trek alone through the muddy waters of life, and hearing their inspirational stories ignited the light each of us have to blaze our own path.

With so much talent being cultivated around a Texan on a given day, you become desensitized to the great work and influence that emits from this state. Texas isn’t just a state of cowboys and sports teams, it’s a place where the love of the arts is prided upon and encouraged. Anything is possible in Texas, and if the honorees of this year’s Medal of the Arts award is any indication, the range of influence is endless.

Thank you to the Texas Cultural Trust for preserving and honoring those brave souls who fight against status quo and follow their passion. It is preservation societies like these that allows the youth of today to imagine a bigger world of tomorrow.