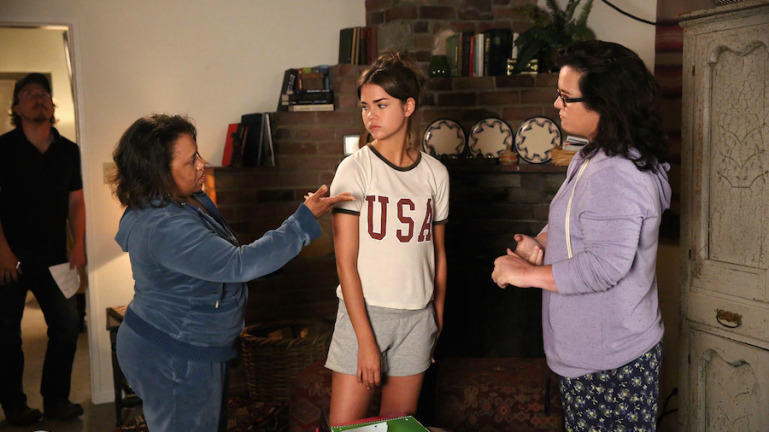 Posted at 15:56h in Directing by admin

7/31/2015 A special guest is dropping by “The Fosters,” but fans will have to watch the credits to know she was there. “Grey’s Anatomy” star Chandra Wilson will be directing Monday’s (Aug. 3) episode, “Daughters.”

While Wilson has directed several episodes of “Grey’s,” “The Fosters” marks her directorial debut outside of her own show.

“My son and I are both fans of the show. It was a treat to go over. It was comfortable. This was a show that I knew, so I felt so much better as a director coming into that circumstance,” Wilson explains to Zap2it. “I feel like I knew these characters and I knew the set. I understood the relationships. I wanted to give the producers the things we discussed in our tone meeting as far as camera movement was concerned but really focusing on story.”

The story of this particular episode will take a deeper look at Rita Hendricks (Rosie O’Donnell), who has a daughter, Chloe (Marcella Lentz-Pope), with a mental illness. All of which comes to light in front of Callie (Maia Mitchell) and the Girls United girls.

RELATED: ‘The Fosters’ first-look: Rita has a daughter

“We do get to see more of Rita’s personal life. We see her home. We find out she has a daughter. I was really excited to work with the Girls United girls. I think that’s always a treat in the episode when the house shows up and the girls are there,” Wilson explains. “All of that was going to be a lot of fun for me. I have quite a few scenes in Rita’s home. As a director it was interesting just to decide how to dress the home so we’re not doing everything in the same place all the time.”

Wilson explains that the Rita-centric episode is also a big setup for what’s coming in the season finale, and fans should prepare for a big reveal coming up.

“They should tune in because it’s ‘The Fosters.’ It’s always a treat to see Rosie and the Girls United,” Wilson teases. “Plot wise: get ready to head towards the season finale. There’s a nice twist that happens. I was glad to be part of it.”