Before Olivia Pope, there was Miranda Bailey 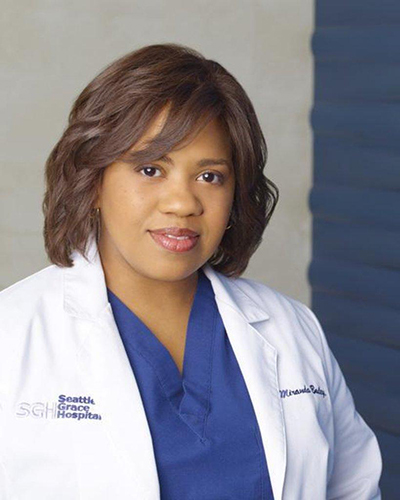 17 May Before Olivia Pope, there was Miranda Bailey

5/14/2015 Tonight marks the end of the first year of ABC’s Thank God It’s Thursday (#TGIT), three consecutive shows on Thursday evenings run by the now legendary Shonda Rhimes. Grey’s Anatomy is the rock upon which Shonda Rhimes built her church. The foundation of her success, however, does not lie with the titular character. Rather it is Dr. Miranda Bailey who proved that women of color could carry shows.

Before Kerry Washington donned the white hat on silver screens across the country as the formidable Olivia Pope, Chandra Wilson stormed onto the scene as the incomparable Miranda Bailey. Dr. Bailey, first introduced as “the Nazi,” quickly became a fan favorite on Rhimes’ first show. Known for her pointed comments, incredible intelligence, and work ethic, Dr. Bailey — simply known as Bailey — has become a staple on one of the longest-running shows currently airing on television.

Bailey captivated an audience as soon as she opened her mouth to give her five rules during the interns’ first shift at Seattle Grace. She has been the undisputed favorite of former Chief, Dr. Richard Webber, since the first episode. That did not mean, however, that she never struggled. She worked through pregnancy while still in her residency, was passed over for Chief Resident, got divorced, decided to marry again, this time to a co-worker, and has been the glue holding Grey Sloan Memorial Hospital together since the days it was Seattle Grace Hospital.